Family lawyers’ group Resolution has said there is “no justification” for government plans to increase the court fee for a divorce from £410 to £750.

The Ministry of Justice announced plans in December last year to increase court fees to up to £20,000 for high value commercial cases, along with fees for divorce and family interlocutory applications.

The consultation also proposed cutting fees for domestic violence injunctions to £75 and reducing them for public law care applications.

Resolution said in its response that the case for setting family court fees purely on the basis of cost “has not been made in relation to family proceedings”.

The group went on: “There is no justification for charging the public more than the actual cost (even as they do today) of using a service to pursue a legal remedy which is their right under statute.

“The proposed divorce petition fee is disproportionate to the actual cost and where there is no apparent commitment to that revenue being spent on under-resourced family court services.”

Resolution said the government seemed to assume that there would be a ‘willingness’ amongst divorcing couples to pay the higher fee to complete the dissolution of the marriage and that those divorcing could afford to pay.

“We do not consider the Ministry of Justice’s ‘research in support’ to be robust. For example, only four solicitors were consulted, with little reference to the net worth of their client base, and the solicitors concerned do not seem to have been interviewed about a divorce fee as high as £750.

“Clients or those using the family courts on an unrepresented basis have not been directly consulted. Whatever the value of the proceedings to them, we believe that this fee will be beyond the reach of many and fees exemption is not widely available.

“It could readily result in people remaining in marriages which have failed and in conflict for longer, which has been consistently demonstrated not to be in the best interests if children.”

Resolution added that it could not “agree at all” that getting divorced was a decision to pursue litigation and the vast majority of couples do not litigate at all in relation to resolving matters ancillary to the divorce.

Meanwhile the City of London Law Society has argued that huge rises in commercial court fees should not be used to “cross-subsidise” the family courts, which make a loss of £100m.

Alasdair Douglas, president of the City of London Law Society, told the Times this morning: “If society thinks that family court users should not pay for the real costs of the courts, then society as a whole should pay, not others who happen to find themselves in the civil courts.” 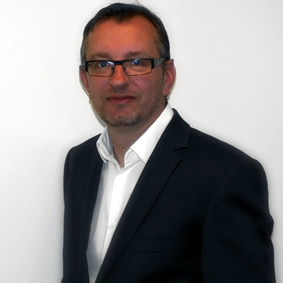